The #amwriting never appealed to me, though I do like the sound of the book by the same name. When I'm writing I'm not chipper enough to be on twitter #-ing.

But, it's September, and I'm not going back to school (Ph D next year, all going well), and suddenly I find myself in a post-college, between novels hiatus. It's not that I don't have a project — I've a new novel started — but with the last one just gone out into the world, there isn't any sense of urgency. I'm good with deadlines...

So, I'm in the happy position of being able to Enjoy Reading for a few weeks. My pile is high and demands attention but I'm going to cheat on it. Come 2nd September, this is what I'll be reading (actually, I don't know which version we're getting in these parts. I like the one on the right, if anyone wants my opinion).

And on September 4th, I'm looking forward to Ben Lerner's 10:04. His Leaving the Atocha Station, which I recommended for Necessary Fiction's Summer Reviews was riveting and infuriating, but mostly riveting, and 10:04 sounds even more so.

And before both of these, I'm hoping to get my hands on Karl Whitney's Hidden City. 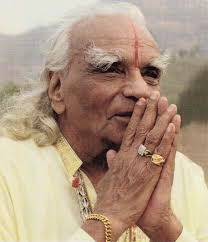 I was working in the Upstart Crow, a book and coffee shop in Long Beach, California when I happened upon BKS Iyengar's book, Light on Yoga. This was 1990 or thereabouts, and I'd never encountered yoga before, at least, not up close. It was practically unheard of back at home. But something about the simple silver cover and the black and white photographs attracted me, so with my 30% staff discount I bought it and brought it home to have a go. I opened a page randomly, to prasarita padottanasana. Legs wide, bend forward, how hard could that be...? There was a ripping sound, hamstring maybe...

WhenI bothered to read the introductory essay it became apparent — if it wasn't already — that yoga is not for the faint hearted or the fickle. It requires attention and discipline, and ideally, a teacher. I've been to quite a few classes since, and have been teaching classes myself since the mid-90s. Although I never went to Puna to attend his classes in person, many of my colleagues did. Mr. Iyengar was an exemplary practitioner of yoga and an exemplary teacher, and by all accounts, an exemplary human being.

May he rest in peace.

View ReView Unknown at 03:20 No comments: