Operating On The Fumes Of Mystery: A Masterclass With Colum McCann 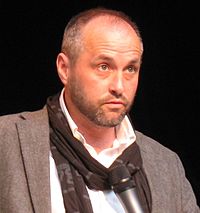 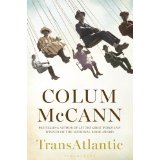 Let The Great World Spin is one of my favourite books of the last five years, and it had a big influence on the structure of my recently finished novel,
Michaelangelos, as well as on my current work-in-progress. Thanks to the Dublin Writers' Festival and their tweeted offer of a free masterclass with none other than Colum McCann, I found myself yesterday in the Irish Writers' Centre, along with about 20 other speedy tweeters, pen poised, waiting to learn how it's done. For those who didn't get in (the places were gone in a matter of minutes) here's my attempt to pass on the gems garnered.

At the suggestion of Liam Browne, the festival Director, discussions began with the question of structure. Colum, by the way, looks exactly like his picture, and was warm, affable, approachable and generous. He started with a quote from writer, John Berger:

'Never again will a single story be told as though it's the only one,'
meaning, that events are seen through the eyes of many, perspectives which interconnect and touch one another. He told us that he had wanted to write a book about Philippe Petit and his tightrope walk between the twin towers, but in the end it was the people on the ground who were more interesting to him. He made a later point that a good narrative perspective for a writer to adopt is that of the privileged view of the outsider, like Nick Carraway in The Great Gatsby.

Colum emphasised the importance of reading as much as possible, observing that we get our voice from the voices of others. Our reading lists were expanded, with recommendations to read Aleksander Hemon, whom he describes as one of the (or possibly 'the' - why I'm not a journalist) greatest writer today. He also mentioned Tea Obreht (The Tiger's Wife is in the tbr pile already), Louise Erdrich, Rachel Kushner, and Ann Patchett.

This question of voice was addressed from an unusual angle. Contrary to the old chestnut 'write what you know' Colum advised writing what you don't know. He suggested that we write towards what we want to know instead, and that this facilitates a leap of the imagination to an unconstricted place of freedom. In pursuit of multi-threaded narratives we write away from ourselves, into the unknown. We are operating on the fumes of mystery. We would, he added, find ourselves writing towards our obsessions anyway.

On characterisation, he said we should know all the details of our characters, biography, preferences, etc., but focus on an extremity of detail, something that makes the character unique in the world. Only when we have created the characters should we do the research, and it is in this research period that we look for a language, or a voice, for our character. This brought us back to 'write what you know,' in the sense that we only have at our disposal words and skills that we know.

Colum described failure as vivifying, and said that the ability to fail was an important trait in a writer since it's what we do every day - fail to put on paper what we have in our heads. Other important characteristics were desire to write, stamina, and perseverance. Here, he quoted his colleague Hemon, who says 'it's all shit, until it isn't.'

Like the good teacher he is (McCann teaches at Hunter College, New York) no one in the group was left with a question unanswered. Everyone there was clearly passionate about writing, and the questions were wide-ranging. Miscellaneous answers informed us:

All in all, Colum was very inspiring, encouraging, and informative. And in favour of editing out all excess words... So, if you'll excuse me, I have not yet broken the spine of TransAtlantic.
View ReView Unknown at 05:06 10 comments: 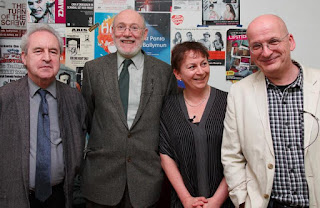 The only Irish Booker prizewinner missing at Axis Ballymun was Iris Murdoch. This illustrious event with John Banville, Anne Enright, and Roddy Doyle was a lot of fun last night. Three readings were followed with lively discussion, all ably directed by Dermot Bolger. It nearly ended on a bum note though. An audience member asked what someone should do if they have been writing a lot, for a long time, and getting nowhere, to which John Banville replied, 'do something else.' But this was amended by a suggestion from Anne Enright to write less and to do more rewriting, and by Roddy Doyle to look at putting work online and getting feedback that way. John Banville added that his answer came from something he had said about himself, that he wished he had 'lived more and written less.'

This small, cloth-bound, vivid orange book is a book of essays on 17th century Dutch Art, called Still Life With A Bridle, by Zbigniew Herbert, a Polish poet I heard of only recently. No, wait - don't stop reading! My favourite novel for a long time was The Baron in the Trees by Italo Calvino. Recent books I have enjoyed and considered noteworthy include: Gerbrand Bakker's The Twin, Herman Koch The Dinner, and W. G. Sebald's The Emigrants. Other infatuations include Umberto Eco, Haruki Murakami, Flaubert, Barthes, Gabriel Garcia Marquez, Miguel de Cervantes, and Chekhov. My tbr pile is topped wiht the first volume of Proust's In Search Of Lost Time.

I read books in translation for all the reasons I read books written in English - pleasure, escapism, insight into the whys and wherefores of life. I also read them to learn about other cultures, and the diversity of possible experiences and ways of thinking: the same reasons I like to travel. Colombian mysticism and magical realism, Italian fantasy, Russion angst, seventeenth century Spanish humour – these are some of the things I'm after. It's the next best thing to actually travelling. I also read them to enrich actual experiences of travelling. Like travel, I like to think that reading books in translation expands my mind.

When I was an undergraduate student, one of my favourite academic occupations was 'translating' Beowulf. I use parentheses because, as poor Mr. Pfeiffer would attest, I was not the world's most gifted student of Anglo-Saxon. Yet, because I loved the poem I read and re-read many different versions, and because the similarities to modern English are plentiful enough, the writer in me enjoyed puzzling together pieces of different jigsaw puzzles to make a new whole. [All this before Seamus Heaney's beautiful translation. Just as well; after Heaney, I may not have bothered.]

Like most writers, I read as much and as widely as I can, and I only lately noticed that among the five or six books I usually have on the go, there is at least one in translation. Though I write mostly fiction, and read lots of it, I also read essays and poetry because language is used differently there, I believe. And if these happen to be in translation too I have to work even harder and pay better attention to the words, the sentences, the maybe unfamiliar imagery/metaphors/ references. This is why the books in translation are often the ones I read most slowly, to better savour small chunks or phrases, even just a word.

These are in my current read, but used in slightly unusual contexts. Sometimes words selected by translators are closer to the word in the original language than the one we might more commonly choose in English. Or sometimes the construction of the sentence, the phrasing, owes more to the original language. The effect in a good translation is to make language fresh and alive, to give words back their meaning which may have grown faded through overuse or just through common use. Reading in translation feels like a re-receiving of language, making it new again.
View ReView Unknown at 08:24 2 comments: 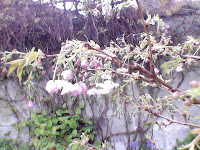 May sunshine is gone
Rain is dripping from the tree
Where's my raincoat?
View ReView Unknown at 02:38 No comments: 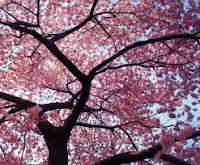 May sunshine is here
Blossoms on the cherry tree
Where's my kimono?
View ReView Unknown at 13:34 No comments: 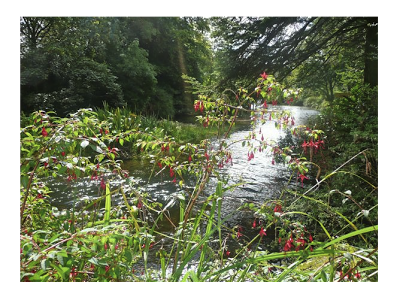 The inlet at Sunnycove, Leap, so beautiful Ophelia herself could have lain here, provides the setting for my short story High Tide. I'm thrilled to have been shortlisted in RTE Arena New Planet Cabaret  competition, not just because of the honour in being selected, and the fine company I'm in, but because this time... it's personal! All fiction is largely autobiographical, someone said. I don't know if I agree, but in this case, it's true: High Tide is based on my great-grandmother, Ellen O'Donovan, and set in her house and garden, Sunnycove. I wonder if she'd approve...

View ReView Unknown at 14:50 No comments: