Not A Book About Trains (Or Food): Italian Ways 2/3

But. And it's a big But, probably the same But Parks used to convince his editors that this was a book that had to be written: 'This is not a travel book. And it's not a book about trains as such…' The narrator Parks attempts to explain to his hosts in Sicily how the train system manifests itself in anything the people of that culture do.

'Like this routine Sunday dinner of yours, every week, the same friends on the warm terrace, the things you prepare, the way it's served, the things you talk about, even the way you invite and tolerate a foreign professore like me. All Italy could be teased out from this if we examined it carefully, the clothes you are wearing, the way you've laid the table, the pleasure taken cooking, the wine glasses.'

'The way people drive,' one of his dinner companions adds, as a car roars past.

The secret, Parks tells us, is in the details, a point worth remembering for any writer. In the details of the train system of Italy Parks is writing about all of Italy. This is not, as he warns, a travel book; it's joining the party by climbing over the fence instead of coming in through the front door. And it's a compelling read. Any detailed discussion of the trains of Italy include by default the geography, the history, the politics, the culture of the country. Instead of a litany of galleries and beauty spots, Parks' Italy feel real. For me, it provides a glimpse into what living in Italy as opposed to visiting, the affair as opposed to the marriage, might have entailed — for better and for worse.

I hesitate to use the word reservations after reading Italian Ways, with all its connotations of confusing supplements, carriages classes, and category of train — but I have a couple. Often, Parks mentions the photos he's taking, of graffiti, of stations, of scenery, of people, and as well as he paints pictures with his words, I'd have liked to see a few in the book, even black and white. Not to include any seems rather out of step with the times, where we only need to half-form a thought to be able to see it online. I found myself supplementing Parks' descriptions with Google: that church in Lecce, that fence dividing Trenitalia from its competitor, Italo. 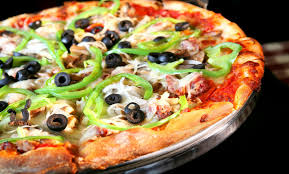 And while I accept this is neither travel book nor cook book, I wanted more about the food. (To compensate, I'm including this random pizza pic.) Perhaps he was just holding back from us, but I got the impression that one of Italy's most wonderful gifts, its food, was somewhat wasted on Parks ('the things you prepare, the way it's served') — and I don't eat meat either, so that's no excuse!