Synesthesia, Nabokov, and Me 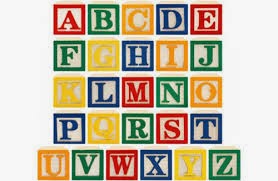 I finished Langrishe, Go Down recently, published in 1966, and reached for the next long promised read, Tim O' Brien's The Things They Carried. Set during the Vietnam war, it is as much concerned with the art of telling stories as it is with the stories themselves; I came away edified.

On then to the long avoided Speak, Memory, foreword written by Nabokov in 1966. I'm decades behind with my reading, but catching up...

Why avoided? For the simple and superficial reason that the edition we have has an ugly, dense font that's hard to read. But I'm reading it now. It might take a while because, aside from the print, every sentence demands proper attention - sometimes a couple of readings, and definitely no skipping! I'm off to the dictionary regularly (which always annoys me when English is not the writer's first language). More edification, then.

One of the many things I didn't know was that Nabokov was a synesthete ('the production of a sense impression relating to one sense or part of the body by stimulation of another sense or part of the body'), the details of which he admits 'must sound tedious and pretentious to those who are protected from such leakings and drafts by more solid walls than mine are.' Not to me; I have the same 'condition', in that I've always seen the letters of the alphabet as having an associated colour. Learning to read was a synch. I often wondered if it was some primer or alphabet-learning toy that caused the associations, but apparently not. Nabokov realised this long before the scientists did when he was only seven:

'I was using a heap of old alphabet blocks to build a tower. I casually remarked to (mother) that their colors were all wrong.'

It turned out that his mother was also a synesthete; scientists now know that it's genetic. And by the way, the colours in the alphabet blocks above are all wrong!